On the First of February, 2017 Taylor Reed Branson, by Warrant of the Crown Prince of Ethiopia, was presented with the Royal Medal of the Lion at an Investment Ceremony held in the Army and Navy Club of Washington DC.

He was formally accepted and Inducted as a Member of The International Society for the Imperial Ethiopian Orders.

The citation that was read stated:

Whereas, Taylor Reed Branson has been of valuable personal assistance to the President of the Crown Council in the pursuit of his activities, has been invaluable in documenting and receding the lives and achievements of Ethiopians and their institutions in the diaspora, and has been particularly generous in his provision of photographic services to Crown events,

Therefore, His Imperial Highness Prince Ermias Sahle-Selassie Haile Selassie, President of the Crown Council of Ethiopia, hereby, on this first day of February, 2017 personally recognizes him with the award of the

Royal Medal of the Lion 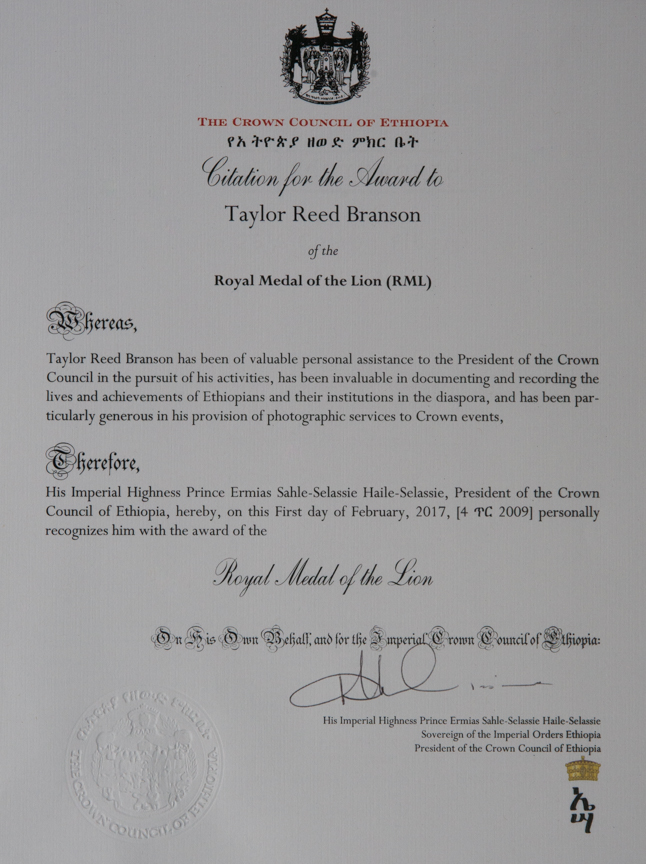 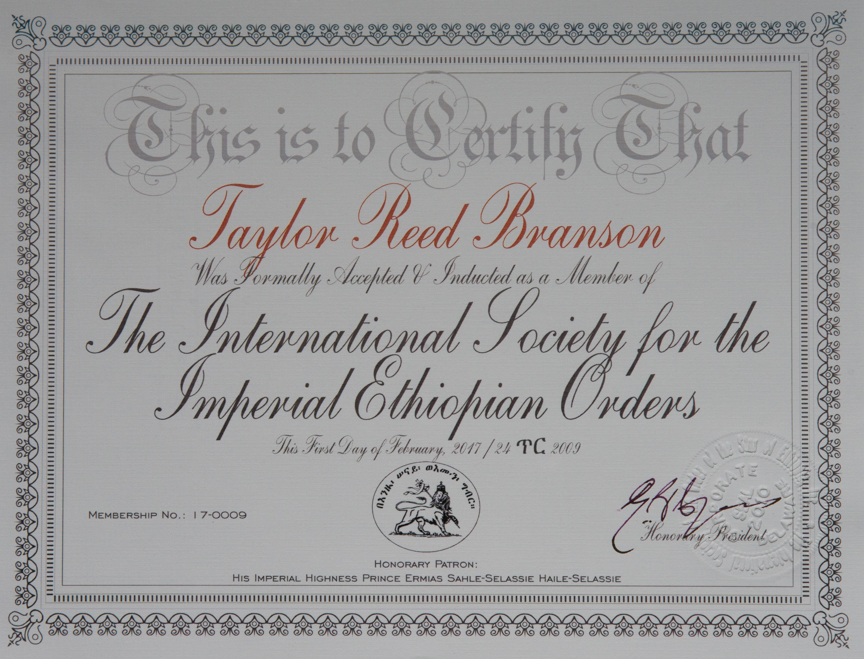 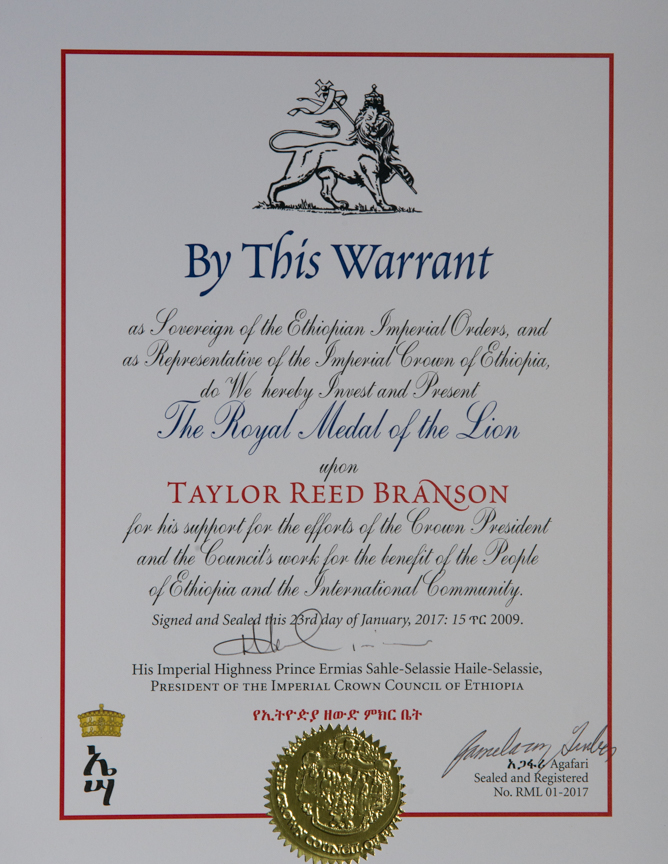